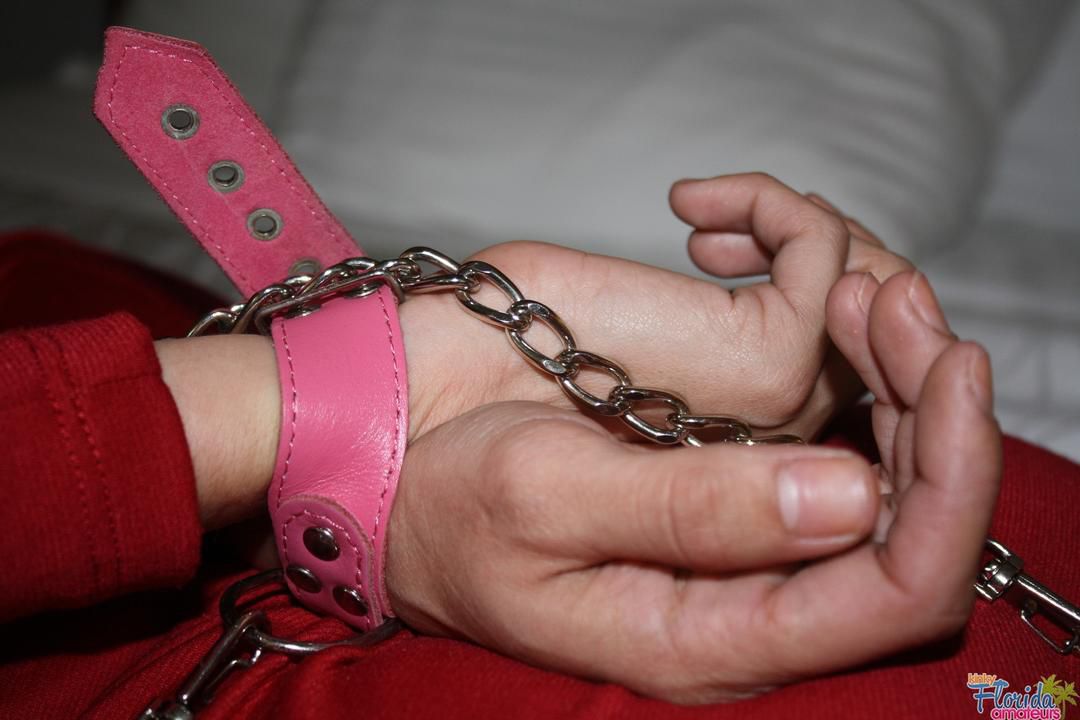 Kinky Chloe was late to work again at the front desk reception. After several repeated warnings of punishment, I guess she did not believe me when I told her I was going to tie her up and punish her for being late again. She was surprised when she realized I wasn't bluffing. I marched her into an unoccupied room, threw her on the bed and shackled her hands and feet with metal chains. She became quite scared when she figured out I was going to do exactly what I told her I would, and she began pleading for me to let her go, whining that the restraints hurt blah blah blah. Her cute little ass was just peaking out from under her skirt, and I yanked it up to reveal that she wasn't wearing panties. Big surprise! She started whimpering when I stuck my finger in between her crack, rubbing all the way down her ass until I reached her pussy. She yelled for me to stop but I reminded her that I was going to punish her just like I warned. She thrashed around as my finger slipped into her cunt, and when I started finger fucking her she settled down. I don't know if it was from pleasure or the fact that it was hurting her to move like that with my finger pounding inside her, but either way she relaxed a bit. After a few minutes of my finger exploring her pussy inside and out, I pulled it back and rubbed her ass. She was still whimpering as I warned her that if she was late again, it will be my cock in her pussy the next time!