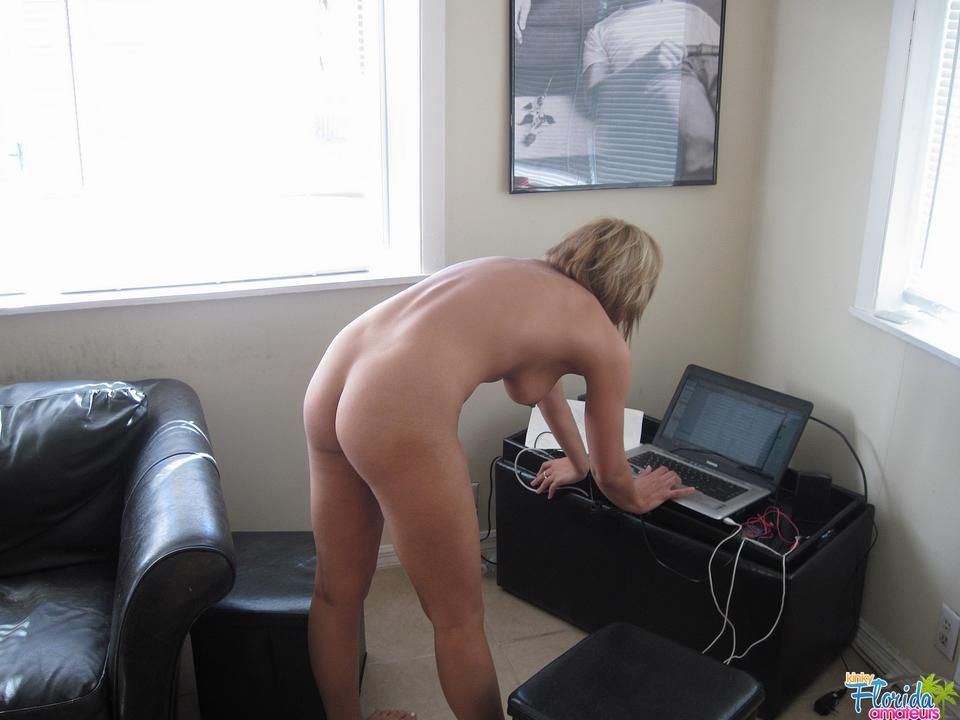 Kinky Amateur Latina Morisa Gets Kinky In The Kitchen

Lets face it. Its HOT this summer here in Florida. So Morisa invited me over to do a shot. When I got there she was already naked and said she been that way since she woke up. It was to hot to wear any clothes. She turned on some music and we went into the kitchen where she open the freezer an took a cold Popsicle and sucked and then fucked it. It started to melt in that hot pussy. Then she was going to make some soup and said "Fuck it, to hot" and fucked the big spoon instead. Then she took the paper towels off the paper towel roll and an started to fuck the paper towel holder. She shoved it in as far as it would go to see how deep her pussy was. She can take it deep. Then she fucked until she came. When I left I was sweating. Not sure if it was the heat or That Hot Kinky Latina. I'm sure it was her!